Why? Because, 20 years ago we found K9 during one of our many vacation visits in Tenerife. From that day, we have supported K9 in different ways because of their hard work and of course because we are also interested to help mistreated and abandoned dogs. Privately we have now our eighth dog (not all 8 at the same time).

We started to walk with dogs under the former managers Philippa’s supervision and some weeks every winter since then we have been at K9 as volunteers. It carried on like that during 7 years but for 13 years ago when we retired from work we have spent 5 month every winter in Tenerife and of course a lot of time at K9.

After Mascots started in Las Zocas we did change our way to help K9 dogs. Once or twice a week we get a dog that needs a haircut; bath, cleaning and we walk up with the dog from K9 to Mascots. At half way on our walk the dog gets some nice mixed homemade food and we do the same when we return, after around 3 hours at Mascots, we walk back to K9. Up at Mascots Toni is doing a great job to change the dogs look (and smell) so it will get easier to find a new home. The K9 dog will also spend some playing time at the pool area together with our own Chinese crested Lucifer. Lucifer is a brilliant companion for stressed or frightened K9 dogs because of his calmness. Lucifer shows the K9 dogs how to slow down, relax and also that it´s possible to trust us. It´s wonderful to see what Lucifer can do in a very short time which we people can´t achieve so quickly.

During all those years at K9 we have adopted 3 dogs. The first one was a huge female Presa Canario named Roxy. During Roxys time in quarantine at K9, when she was waiting to be transported to Sweden she was stolen together with 4 other dogs. Philippa got in touch with us and we took a direct flight to Tenerife. We had 3 weeks to spend and we were every day driving around on the island; visiting all places we could think of where someone could give us information about Roxy. We also put up posters and promised a 2000 € in reward for someone who gave us information so we could get Roxy back. But we could not find her. The worst of all was that we were quite sure that she was used for training aggressive dogs for dog fighting. I was so sad and we were totally devastated.

But, after a while when Roxy was lost there was a skinny and extremely frightened dog named Tigre who had been beaten and treated in many bad ways. He was a mix Presa and Bardino. We started to walk with him and after a month or so he was able to take some food from your hand if you didn’t look at him. It carried on like that for some time and then we decided to adopt him because we could not be separated from him. So finally Tigre got his second chance in life and he lived together with us for 13 years. He was the most wonderful dog and a very special K9 dog for us. Sadly he never got rid of some “nightmares” from his puppy time even if he knew that we never would hurt him. During all the winters in Tenerife Tigre was always with us walking with all types of K9 dogs. Probably because of his experience he had a very positive influence on stressed and frightened K9 dogs.

One day when we were on our way on the Autopista above Los Cristianos there was a big dog walking on the road and we saw him in the back mirror walk in to a petrol station. We went back and got in touch with Hazel and we decided to keep the dog in our apartment until there was some free kennel at K9. We took this big dog into our car and he lie down and fell asleep right away. We named him Pisto (male dog found on the Autopista).

To make a long story short, the day we were going to leave Pisto at K9 there was a German family who already had chosen a dog but when they heard the story about Pisto they fell in love with him and adopted him too. A very happy end of this story!

Anyway, many months after that Tigre had passed away we suddenly got a text message from Hazel that she got a perfect dog for us, a young male Presa mix (which we later named Zarco). All you people who are involved in K9 work knows how it is when a dog really touches you as Zarco did to us. Unfortunately we had no longer the physical conditions to take care of a big strong dog so we decided to adopt him and bring him to Sweden and find him a new home there. He lived with us for half a year before he, with help of “Hundstallet Skåne” (similar as K9), got him a new home.

After Zarco was rehomed we started to look for a small dog for our selves. After a while we found a “big” Chinese crested who had been nominated for Craft in London but some judges decided that he was a bit too high. This 7 kilo Chinese is a wonderful dog, he guards his owner and his home like a Doberman but he obviously has no idea how small he is.

We have seen a huge difference during these 20 years at K9. When we started there were nearly no Spanish people who were volunteers. Nowadays it´s a lot of also young Spanish men and women walking and taking care of both dogs and cats in different ways. Hopefully there is a change in the pipe line so that people in Tenerife can see dogs and cats as equal members of their family and not just something you throw away or leave in the mountain when you get tired of them.

Finally when it comes to us, we will carry on at K9 and Mascots as long as we can.

Big hugs to all you K9 friends!

Per, Anki and Lucifer 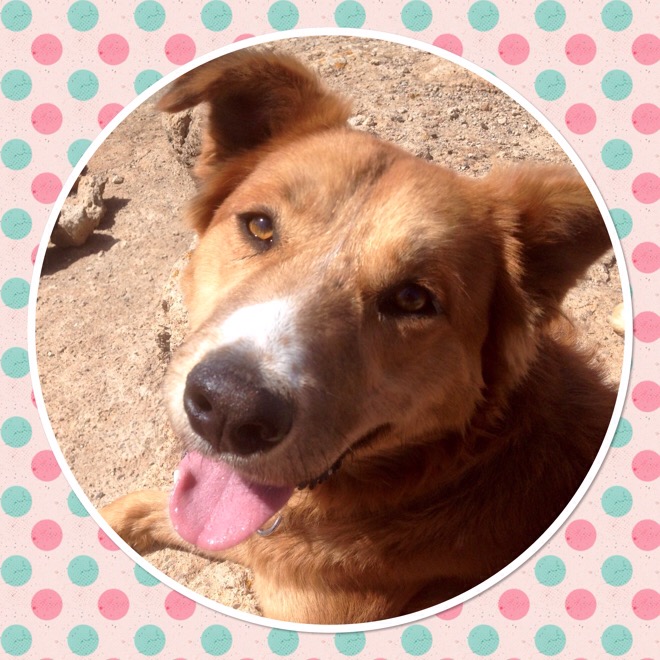 Your message has been sent.
Our website is currently in a period of transition and will be completed by the end of the week. If you encounter any issues pleaseLeave Feedback